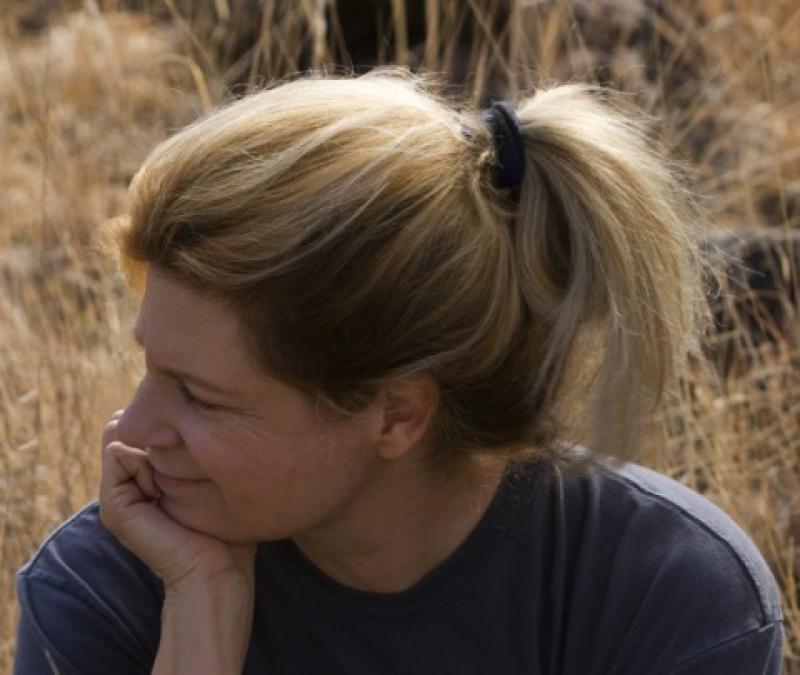 "My paintings point to my own personal identity as a contemporary Western artist. Through an assembly of simple shapes, form, and style I hope to add to the bedrock of revisionist art that dominates the Western art world today. My intention is to reveal the intimate day to day experience I have with my subjects."

Larry McMurtry's ground breaking novel The Last Picture Show accurately represents the cultural background of Teresa Elliott's birthplace in Weatherford, Texas. Her deepest connections start there and always seem to end in the same place. Whatever she is painting, the roots of it connect to the same tree.

She remembers a childhood “soulful connection” to animals that continues to this day. Entering a pasture full of longhorns has never been a stretch for Teresa. As a child, her grandfather’s farm in Texas offered her the opportunity to observe cattle chewing their cuds while time slowed to a natural rhythm. Teresa reflects, “It became a place and time to know my subjects in their entirety. Details were etched in my memory; the texture of their dusty fur, glistening noses, large massive forms and the way I felt in their presence.” All of those memories were reawakened when Elliott turned her attention to painting the Texas Longhorn in 2005. The horns of the beast were new shapes full of exquisite new details to relish; their endless patterns and color combinations make painting a luxurious pastime.

Teresa received a Bachelor of Fine Arts Degree in Design from the University of Kansas. In 1976 she was recommended by the Dean of Fine Arts to help the local police department locate a serial rapist in Lawrence, Kansas. There, she worked as a forensic sketch artist listening to verbal descriptions to help apprehend the suspect in Nebraska. Working from life right out of high school prepared her for the assignment. Before entering college she sketched pastel portraits from life everyday in front of an outdoor audience for several months 6 days a week in St. Louis, Missouri. Working alongside other more seasoned artists was an invaluable experience and during that intense period her draftsmanship rapidly improved. During college her fine art photography and design courses contributed to her skill set.

After college, the road to becoming an oil painter was a circuitous one beginning at several significant advertising agencies in Dallas. Shortly thereafter she entered into a successful freelance career as an illustrator and graphic designer producing work for major national retailers. The majority of her work was rendered in black and white and all the values in between, but, it wasn't until much later that color was incorporated into her images. During this period she honed her design and illustrative skills, meeting hundreds of print deadlines and supporting herself for 26 years.

Primarily self taught, Elliott is perhaps best known for her extensive group of Texas longhorn oil paintings which are included in corporate and private collections across the United States, Canada and Australia. She has been selected to exhibit in many invitational museums shows nationwide winning awards in Colorado, Texas and Arizona. Her work is represented in galleries in Fredericksburg, TX, Santa Fe, NM and Jackson Hole, WY where she has had several individual and group shows.

Teresa lives and paints in Alpine,Texas, north of the Big Bend National Park.