Charles Partridge Adams (1858-1942) Charles Partridge Adams was born in Massachusetts and in 1858, at the age of 18, he moved with his mother and two sisters to Denver, Colorado. Like many others who moved to the West during this time period, the relocation was in an effort to cure his two sisters from tuberculosis. In Denver, Adams began working at Chain and Hardy Bookstore, where he met Helen Henderson Chain, a notable early Colorado artist. With encouragement and instruction from Chain, Adams began to develop as a landscape artist.

In 1890, Adams married Alida Joslin Reynolds and the couple honeymooned in Estes Park, Colorado. The couple would later move to Estes Park in 1905, when construction was complete on a home and studio. Estes Park with a view of Long's Peak, was a frequent subject of his paintings. He also traveled south into New Mexico and north into the Tetons and Yellowstone Park and west to the mountains in California. In 1893, Adams became a charter member of the Denver Artists Club.

In the early 1920s, he moved to Laguna Beach, California, where he remained until his death in 1942. In this period, he painted marine scenes and views of the Sierra Nevada mountains.

During his lifetime, he completed several thousand paintings. Examples of his work can be found in Colorado at the University of Colorado at Boulder, the Denver Art Museum, and numerous private collectors. 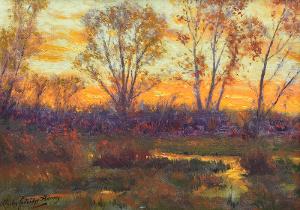 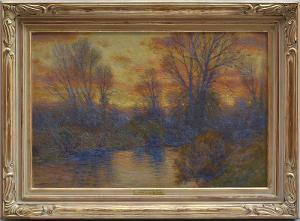 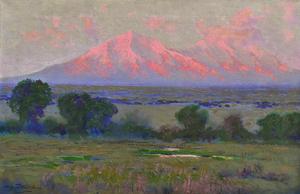 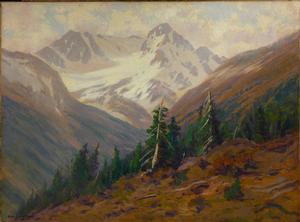 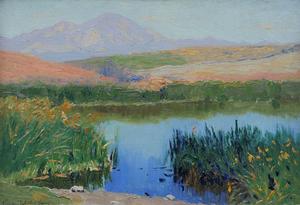 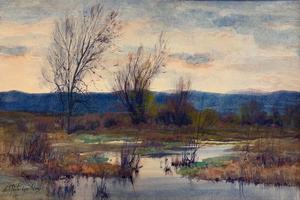