Artistically trained from childhood by his Mother Eileen Doolittle, (‘The Poet Painter’, Newsweek), Parker’s talents can be considered a combination of both genetics and environment.

“Although an outgoing, adventurous child, David would spend hours drawing.  He was constantly asking: ‘What do you want me draw?’ I think he was perhaps seven or eight when he copied a Degas sketch.”  Eileen Doolittle.

He attended Ipswich High School in Massachusetts and Kimball Union Academy in Meriden, New Hampshire, before being accepted to the University of Colorado in Boulder.

By the time Parker arrived at the University of Colorado he had already produced a large portfolio of work.  In Boulder, the eighteen-year old artist was introduced to Frank Sampson, a professional painter, and the Director of the University’s Art Department.  Due to his evident talent, Parker was given a waiver for his undergraduate art classes and enrolled in graduate level life drawing classes.

Although studying art, art history, and astronomy, Parker was not what could be considered a model student.  His energies were focused on athletics.  During the four years he attended CU, he played for their nationally ranked soccer team.  As one of only a handful of American players, the team won a number of National Titles, and four consecutive Big-8 Championships.
Nearing the end of his University studies, a knee injury ended Parker’s hopes of playing soccer professionally, and he was forced to seek employment. With only one marketable skill, Parker responded to a classified advertisement in the Denver Post and was soon employed as a designer-illustrator for KMGH-TV, the then Colorado CBS affiliate.  There he created graphics and illustrations supporting the evening news programming.

From 1984 through 1990 Parker was a partner in Mortimore-Parker Design Associates, a Denver based design firm and advertising agency.  Talented and ambitious, the company produced promotional materials for the majority of the live concert events in the western region of the United States, along with commercial designs and illustrations for clients that included Anheuser-Bush, Ticket-Master, MCI, US West, the City and County of Denver, and Vail & Associates.

While still involved in commercial advertising, Parker started painting seriously in 1988. Using his advertising connections, he began licensing his fine art image rights to promote such major events as the Grammy Awards in 1990 and 1992, the 1990 National Football Championship, the 1992 New York City Marathon, the American Music Festival, the Winter Park Jazz Festival, and Red Rocks Amphitheater’s Summer of Stars.

By 1991, Parker had given up commercial design completely and was painting full time.  Originally, it was the Claggett-Rey Gallery in Vail, Colorado, that gave Parker his first ‘One Man Show’.  During the next four years, Parker exhibited in Denver, Vail, Aspen, Santa Fe and Jackson Hole; focusing primarily on producing, his now iconic, large, colorful western images in oil.

In 1994, Parker was approached by, and signed exclusively with, Circle Galleries.  At the time, Circle was the largest gallery chain in the world, with 32 galleries in the United States and Canada; and represented such internationally renowned artists as Agam, Vasserelli, Andy Warhol, and Peter Max.  With Circle Galleries, Parker began regularly showing in New York, Chicago, Atlanta, Las Vegas, San Diego, and elsewhere.  His colorful palette and unique style were an immediate success.  With this broader audience, Parker began experimenting with new subjects, street scenes, Caribbean scenes, industrial studies, and French Landscapes.

In 1997, Parker married French photographer Isabelle Orsini and moved to Coulobres, France, where his studio is located today.

His rare and distinctive works are to be found in collections around the world. To date, Parker has created and sold over 3000 original oil paintings.  He has also been featured at the Booth Museum of American Art.

Besides painting: Parker is the proud father of two lovely children, is a published author of, currently, 5 books, enjoys studying particle physics and astronomy, is an avid fly fisherman, soccer and tennis player, enjoys skiing, and playing chess.  He has also won awards for his wine making.  To quote the artist: “I’m just a ‘Regular Joe’.” 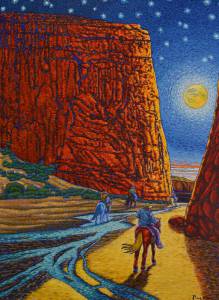 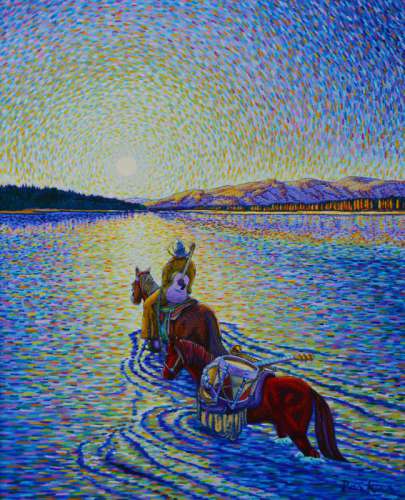 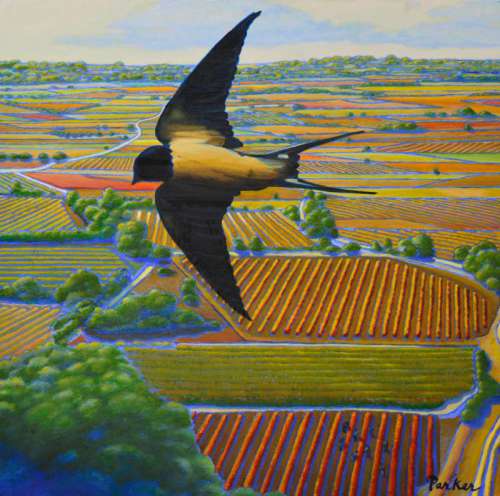 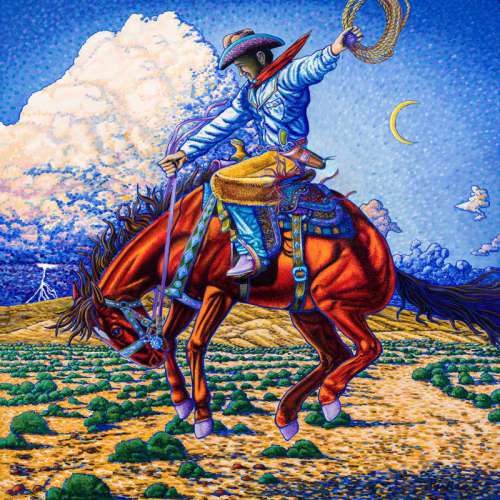 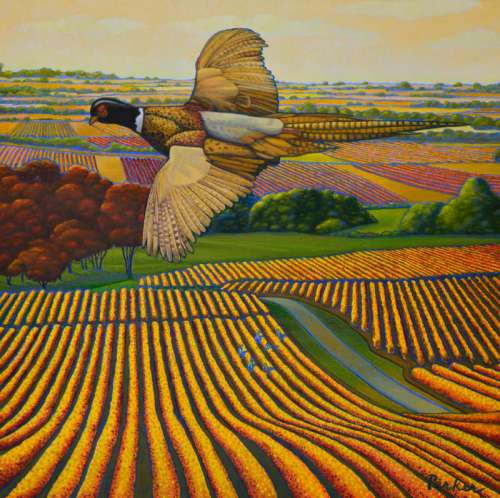