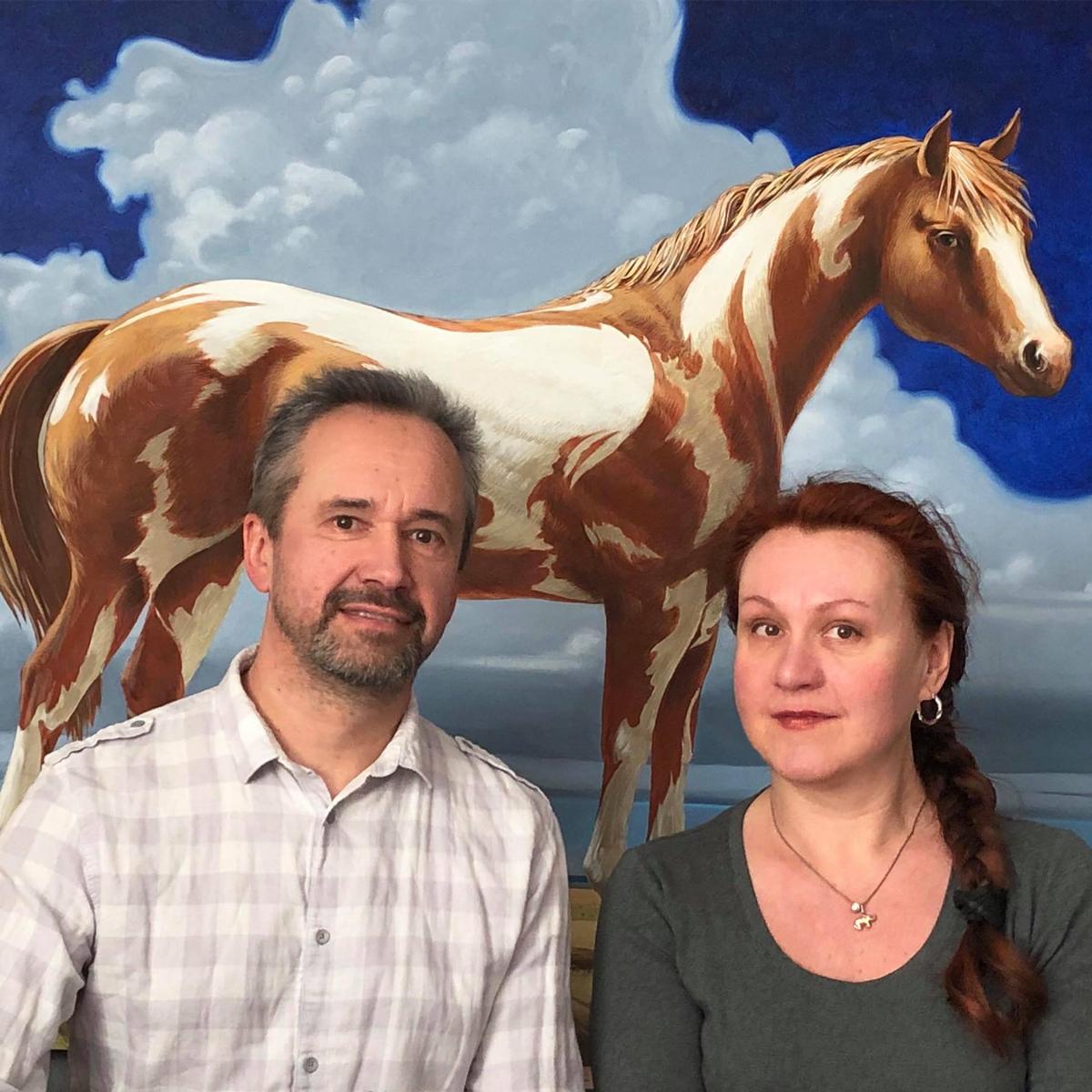 Much has been said, written and discussed about this dynamic duo.  Olga and Aleksey Ivanov are clearly a team built on ingenious creativity, ironic icons, mythology, technical precision, playful storytelling combined with a traditional execution proving masterpieces each time they offer a painting.

Olga and Aleksey Ivanov are considered two of the top Egg Tempera Fine Artists in the country today.  Their modern approach to an ancient art form shows reverence to the medium.  Both artists work in tandem depicting images that reflect exquisite compositions - delightful trompe l’ oeil paintings full of whimsy, intellect and trickery.

Classic Russian icons, Renaissance art, the Colorado landscape and images of contemporary life infuse the work of Moscow-born artists Olga and Aleksey Ivanov, a husband-and-wife team who collaborate on every painting they produce. Employing the ancient and somewhat temperamental medium of egg tempera, they create images that might be interpreted as inventive, playful and often ironic icons of our times.

Historically, icons were traditional religious images painted on small wooden panels used in the devotions of Eastern Christians. Russian icons evolved to high art, reflecting the history, technology, and temperament of the times and technical perfection of a classical masterpiece.

After graduating from college, the Ivanovs found work restoring 16th- to 18th-century Russian icons. They learned how to create gesso (a type of primer), apply it to wood panels, add a layer of cloth and paint it with egg tempera. They also learned burnishing, gilding, silvering and other techniques of the traditional iconographers.

The Ivanovs began their creative lives together as artists working individually. Now all of their works are collaborative. It's quite a process and they worked out how to do it with a few paintings started that travel from Olga's easel to Aleksey's and back. The Ivanovs' paintings are unique because of their subject matter, joint execution and medium. 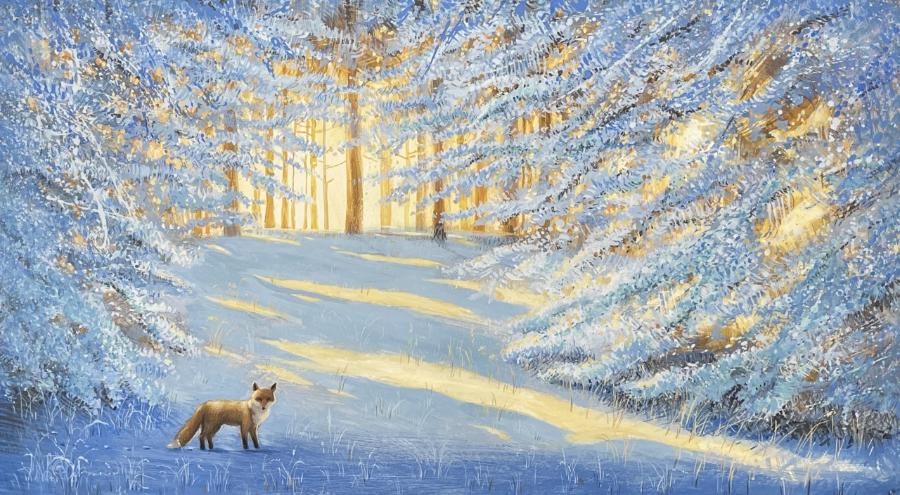 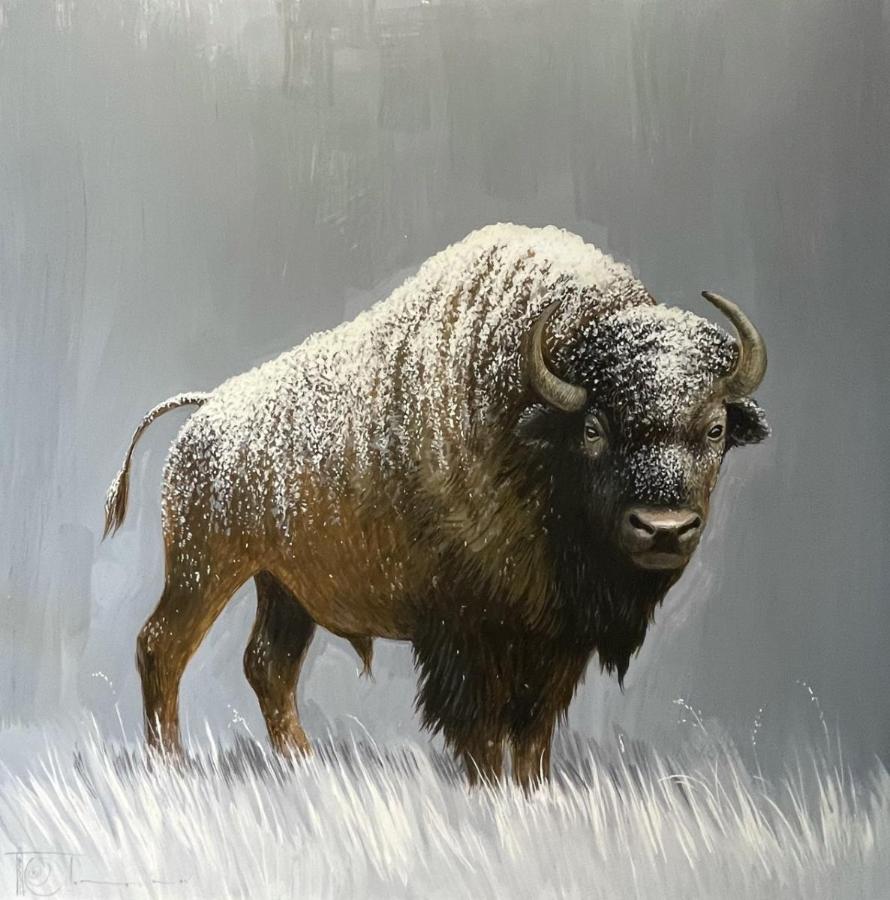 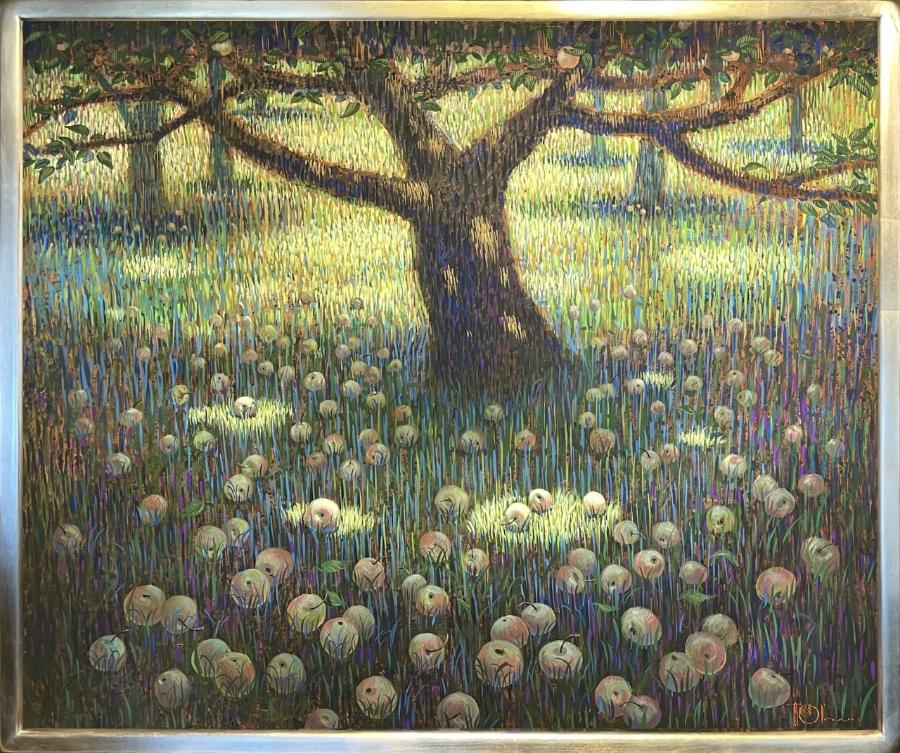 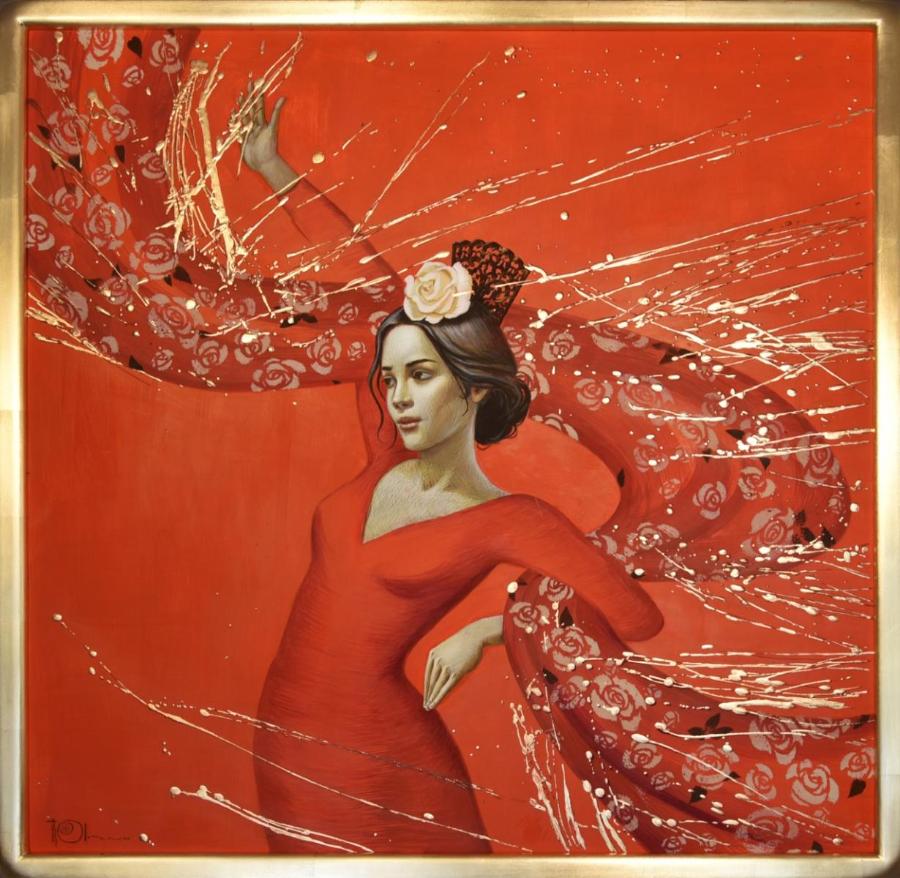 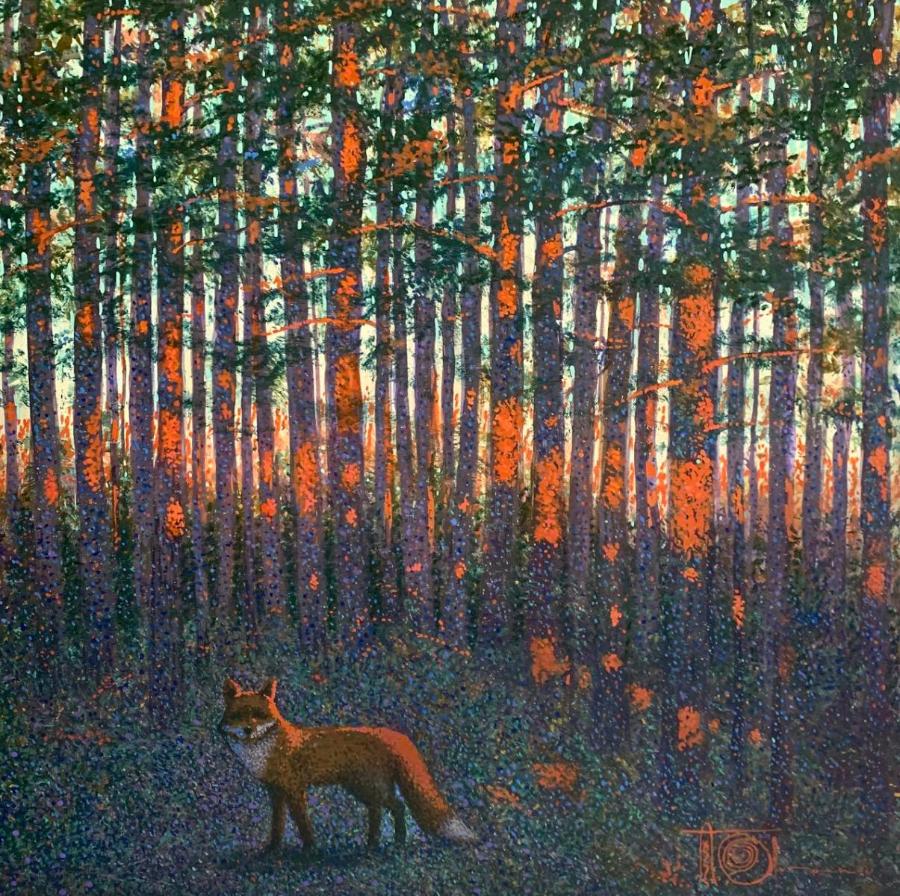 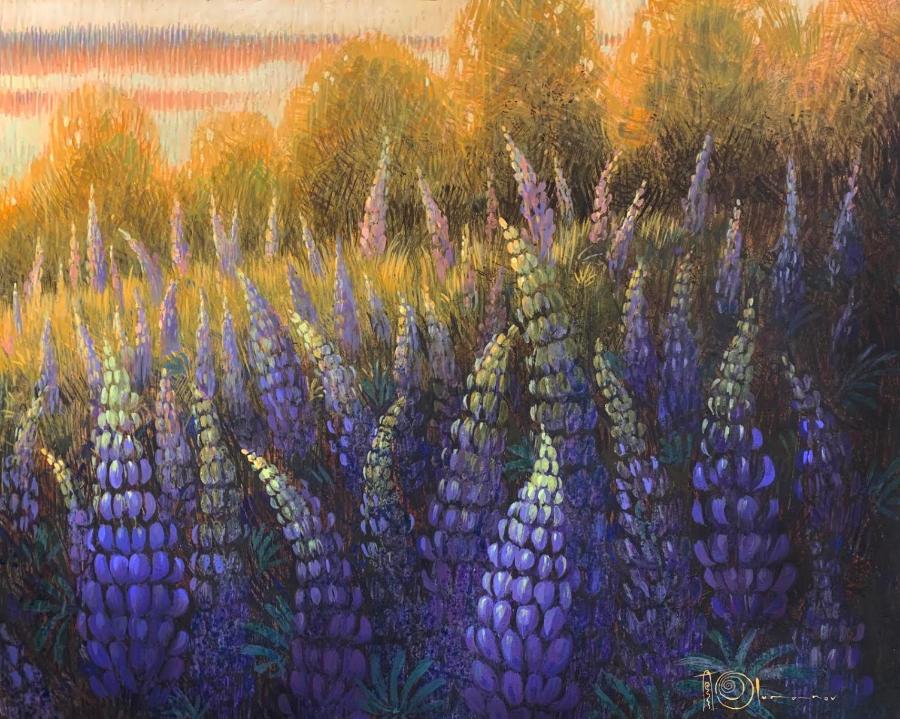 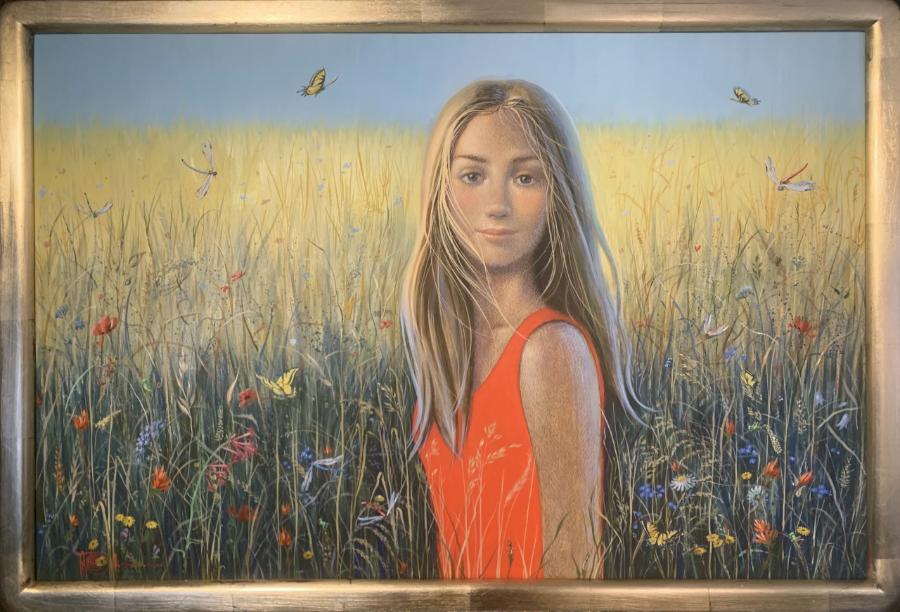 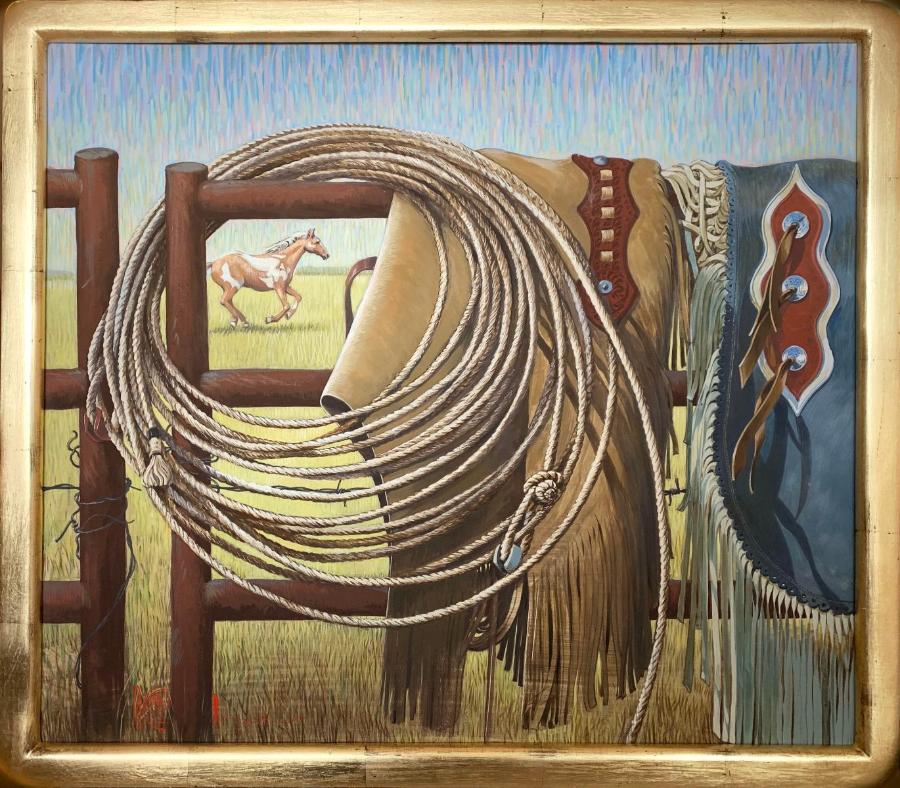 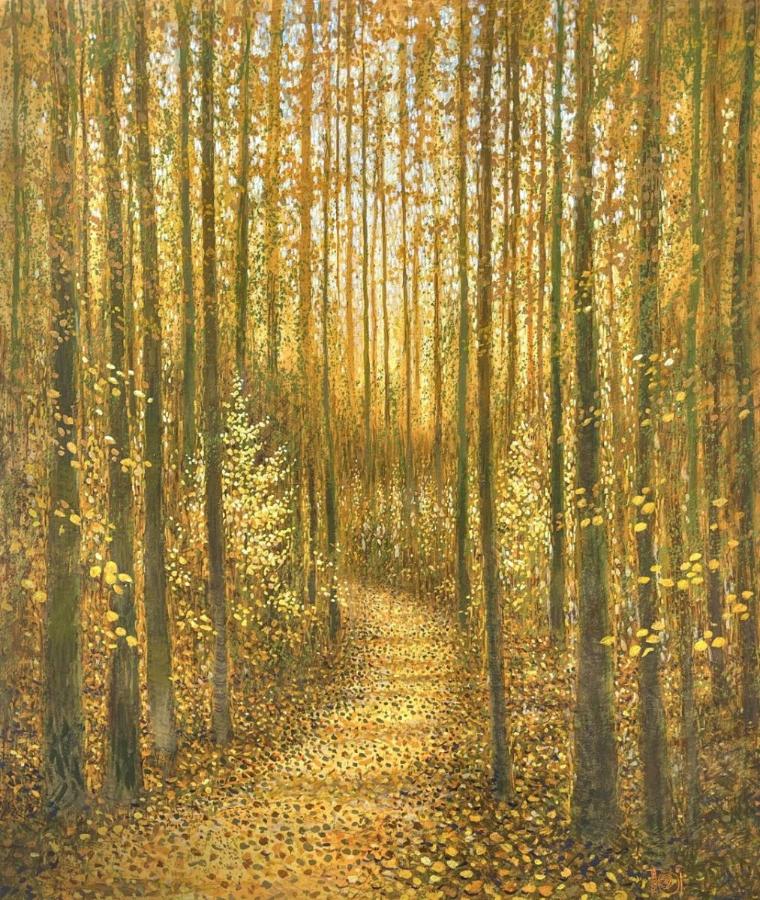 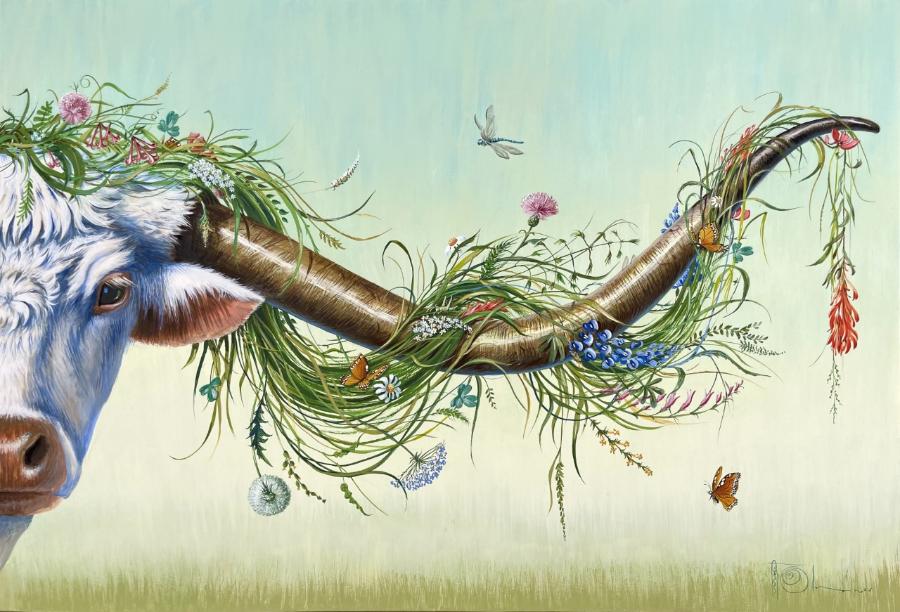 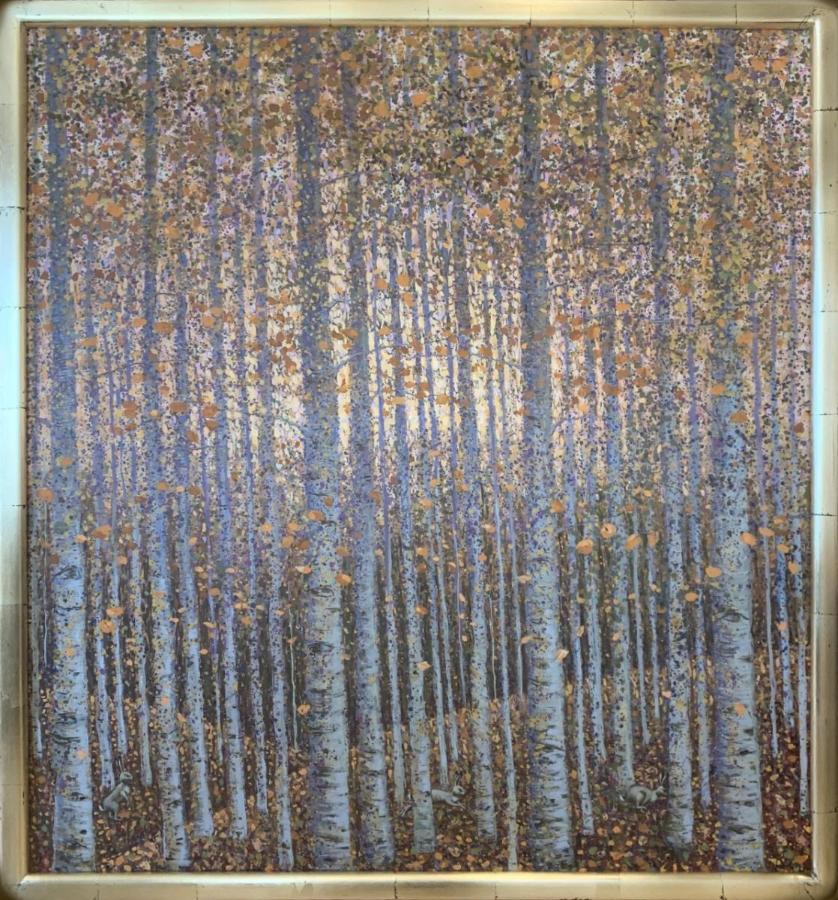 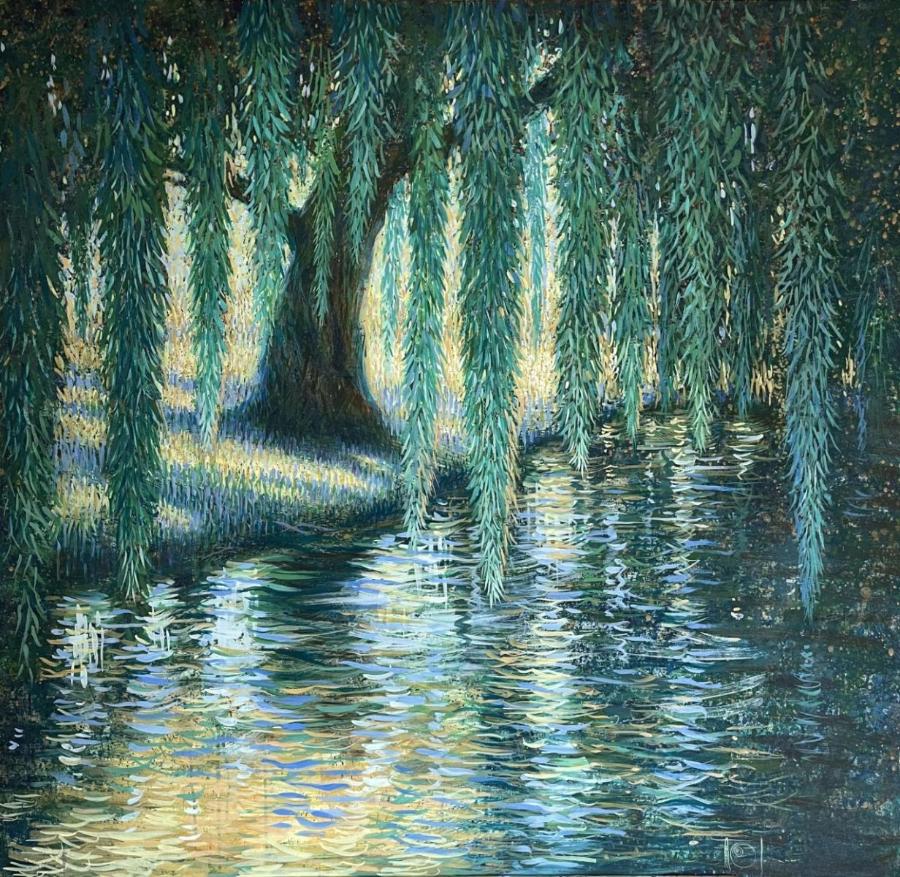